Specimen was found and photographed by Tawni Osborne and Charles Strubhart who reside at the location where the snake was found. They photographed and released the snake. Identification was verified by Gerald Keown and Gerry Salmon both of SWCHRand later by Carl J. Franklin of University of Texas Arlington.

In August, 1970 a week after Hurricane Celia hit the South Texas Coast Gerald Keown found a sub-adult Leptodeira septentrionalis while road cruising in southern Kleberg Co., Texas. This animal was found on the pavement where roadside ditches were still flooded from the storm. The specimen was not collected or photographed. Since it was neither collected or photographed it has just been a story for the past 43+ years.

Searches of other data bases show only one Leptodeira septentrionalis from Kleberg County in a museum collection and it has long been considered to be a questionable record in regard to location (Dixon, James R., 2000 and 2013). we spent some time locating this questionable specimen. It is MVZ 75963 at the University of California Berkley and It was collected in Kenedy County, Tx. not in Kleberg County by Earl Turner on April 16, 1963. University of California Berkley MVZ has now corrected their collection data to reflect the proper county.

The discovery and documentation of this latest specimen by Tawni Osborne and Charles Strubhart substantiates the presence of Leptodeira septentrionalis in Kleberg County, Texas and the validity of Gerald Keown's 1970 observation.

A photographic voucher of this specimen found by Tawni Osborne and Charles Strubhart has been deposited in the University of Texas Arlington Digital Collection (UTA-DC 8109).

This species has been listed as a threatened species in the State of Texas since 1974. 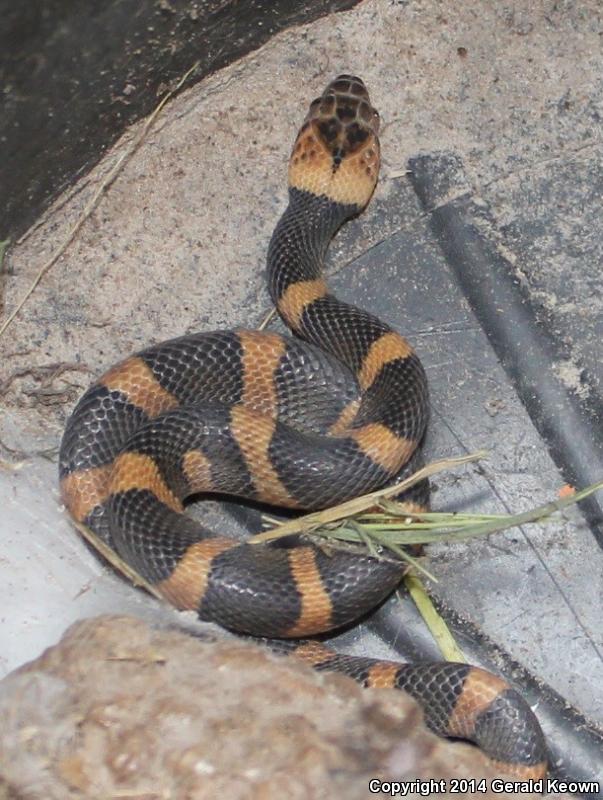