Two rattlesnakes were found in a short amount of time on this visit. One was sunning just inside a crevice and retreated quickly into the earth. The other (pictured)was sunning in a coiled position outside a crevice. Future trips to this location have resulted in MANY sightings of this species, including an adult female with approximately a dozen neonates in a crevice. 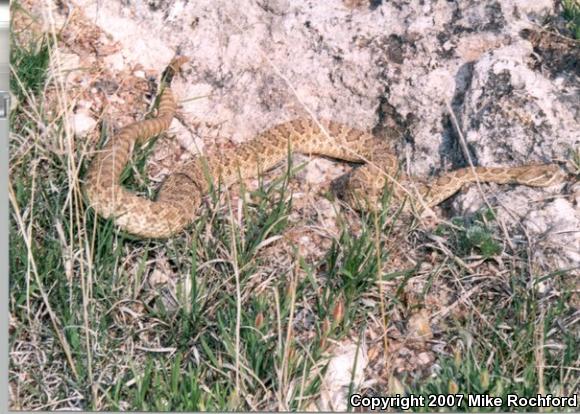