This anole is tentatively identfied as A. cristatellus. I am unsure of the absolute identify of this individual. I didn't get a photo of it displaying even though it looked like it was about too at any moment. The part of the dewlap I could see was pale orange.
There were a number of A. cristatellus displaying nearby and this animal was paler in coloration, had less indication of a crest, and was behaving differently. 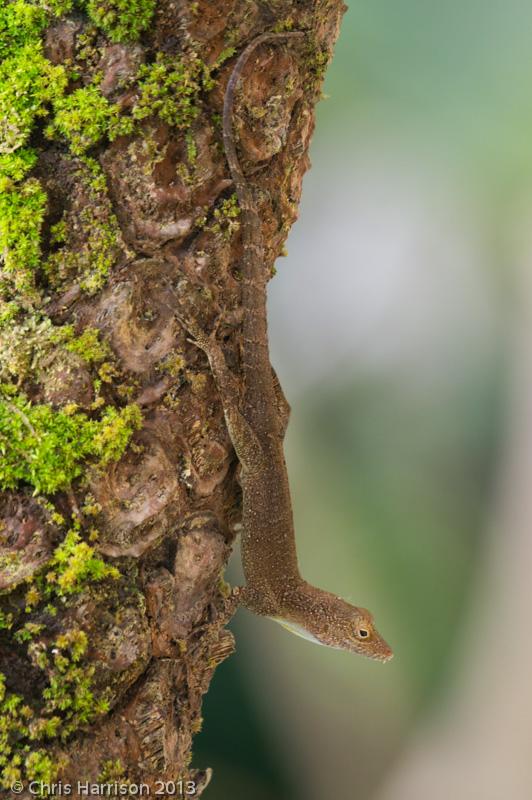 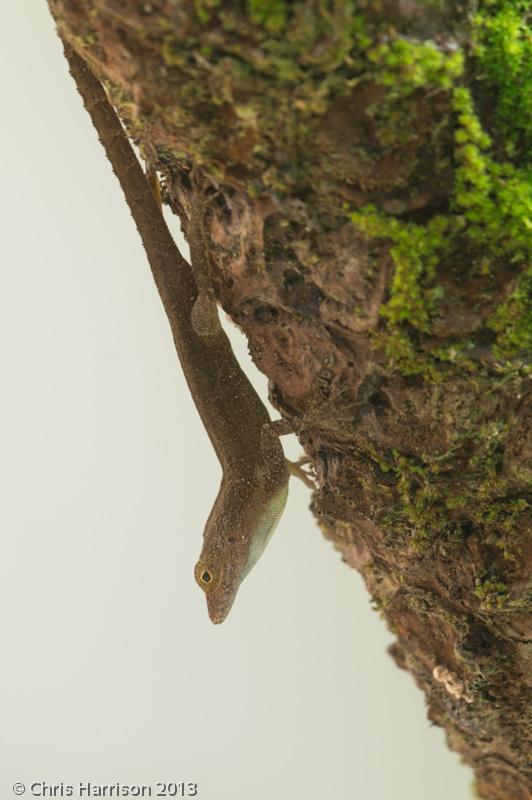