In the region of Sierra la Giganta, snatched from the road when racing north away from the advancing strong wind and rain of Hurricane Odile, which was less than a kilometer behind. Snake was captured and later released. After the passing of the hurricane, it is pictured here with residence of Loreto and man who is bicycling from the Article Circle of Alaska to the southern tip of Argentina. Pictures of snake taken after Hurricane Odile on Sept. 16, 2014. *Special Remark: intense night driving was performed on Sept. 16, 2014, the night following the strike of Hurricane Odile and astonishingly no reptiles were found, not even a road kill. 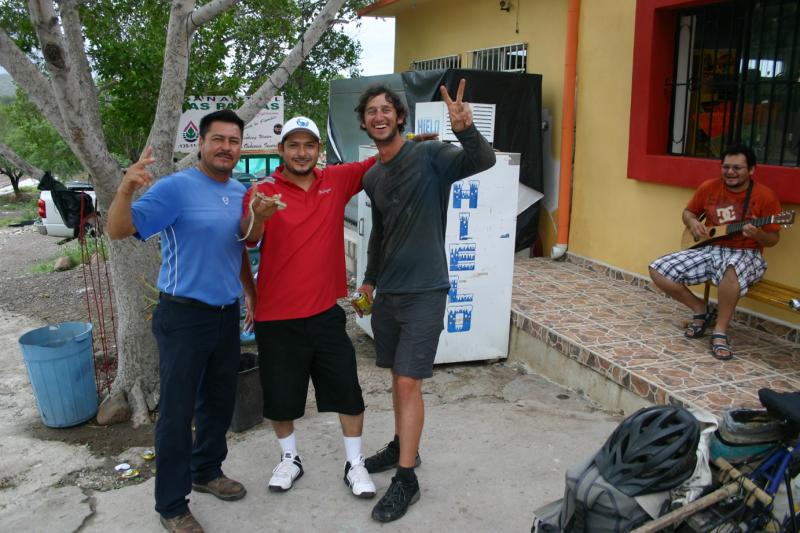 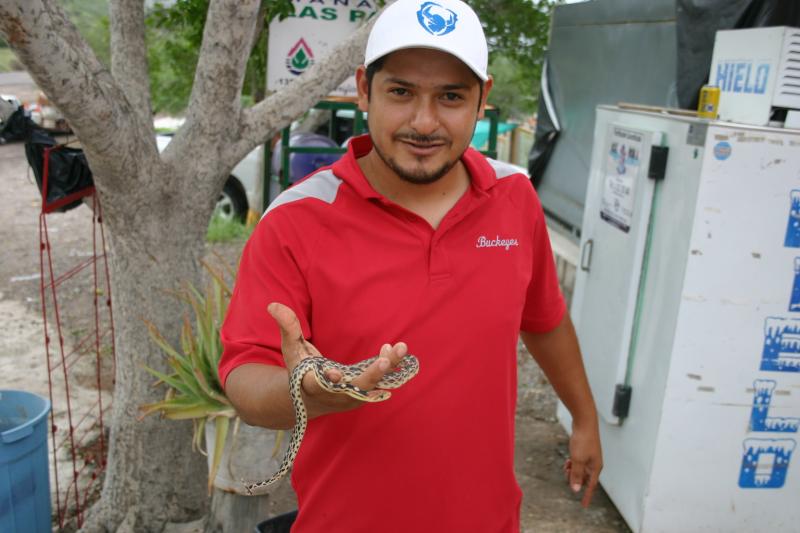 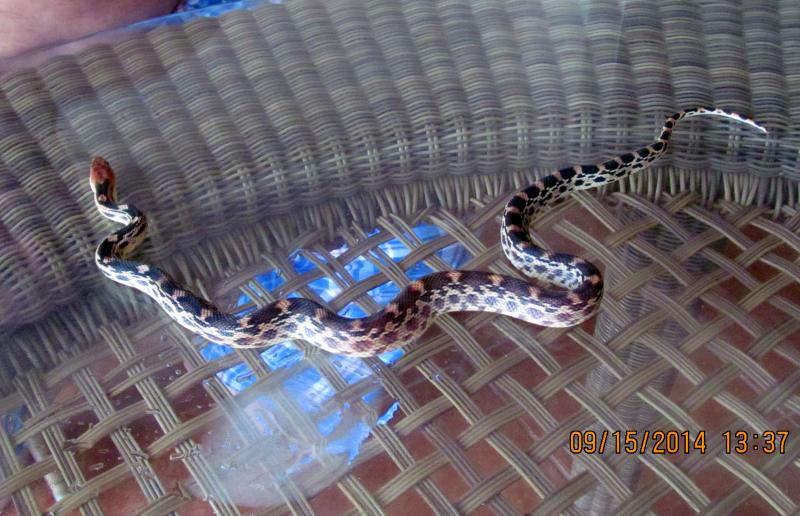