Observation and photos sent to me by a neighbor, Y. Jin.

I questioned further and received the additional photos and following explanation. What's neat, too, is that the Elgaria has its tail in the first photos, but then at some point, dropped the tail, and the snake also ate the drop tail once it was done with the Elgaria.

"And YES the snake won, but it took some time since the lizard did indeed bite the snake as well! Also after the snake finally swallowed the lizard, it ate the lizard's tail which had fallen off as well." 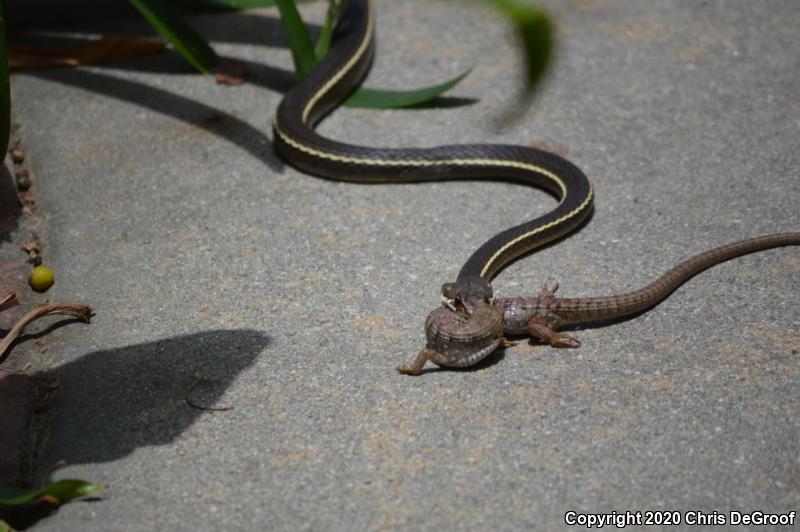 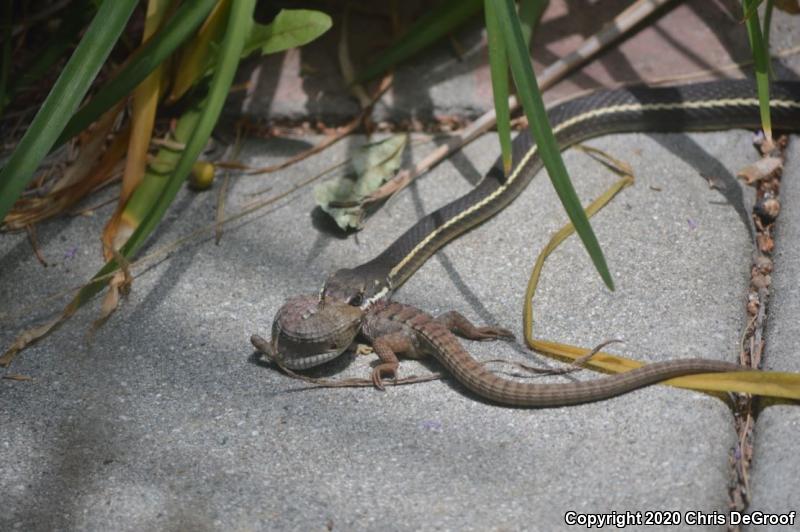 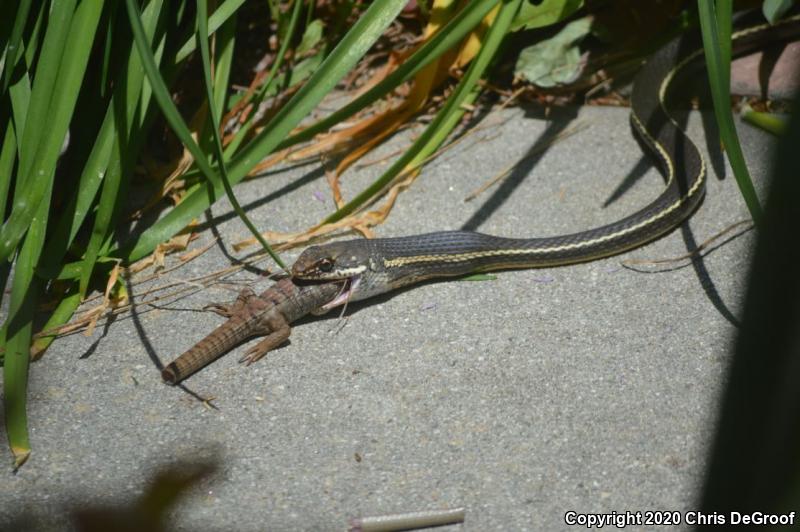 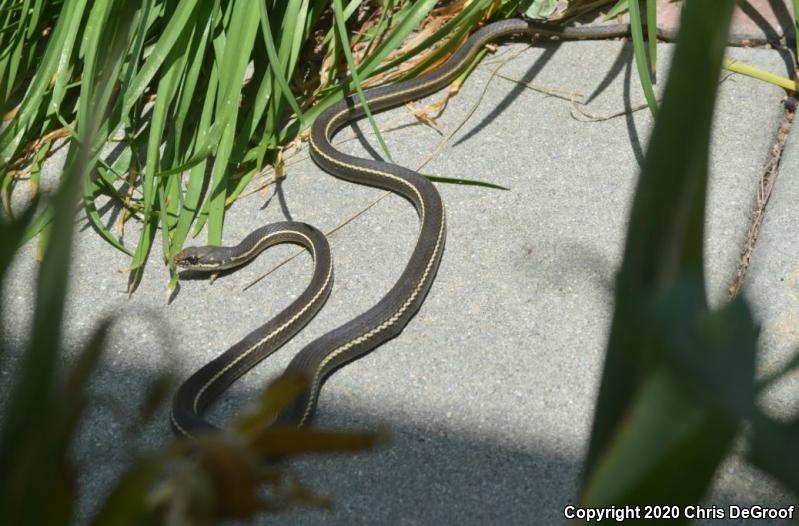