Was jogging to try to get ahead of a couple hikers when I heard something move about 5' off the trail. I saw a flash of the yellow stripe and was able to ID it as an Alameda striped racer. I tried to get into position to photograph it, but it moved a few feet over. I carefully stepped off the trail into position and worked out an angle to get a picture of a piece of its body, but it moved again. We played like that a couple more times, then it moved about 25' down the hill and stopped again. I climbed down the hill and looked around.....and there it was, trying its best to blend in and acting like I couldn't see it if it was still enough.

Whiptail was seen just a few feet further down the trail. 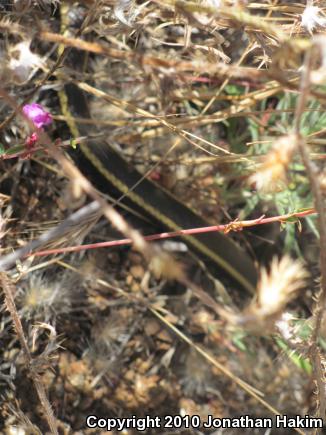 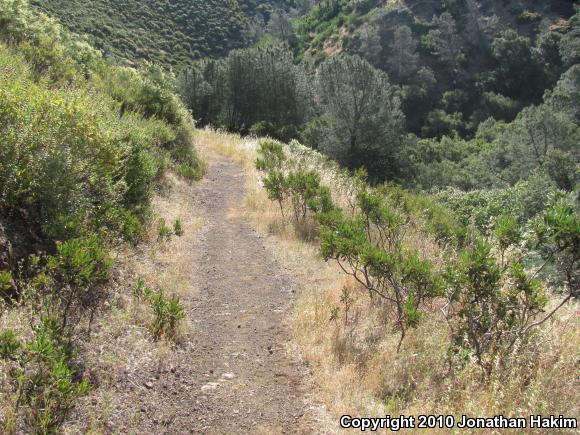