There's a stream running through dallas; saw this fellow basking in it. It's a spiny, and pallida is what the range maps show for that area. If you disagree please let me know, and point out why; I'm using range maps to determine the subspecies as I'm not that up on softshells.
you can see a slider head in the bottom of hte photo if you look too :) There was a pile on the rock but I was more interested in the softshell. 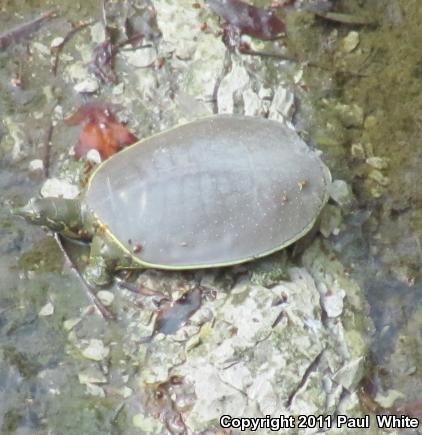