In Feb 2007 a large tortoise was seen during a prescribed fire being conducted at a state park. The rangers thought it was a large Gopher Tortoise (Gopherus polyphemus) as that species is common in that area. It was seen again in April and captured. It was removed from the park and adopted by an experienced keeper. It was an obvious release into a natural area and is not known to represent an established or breeding population. 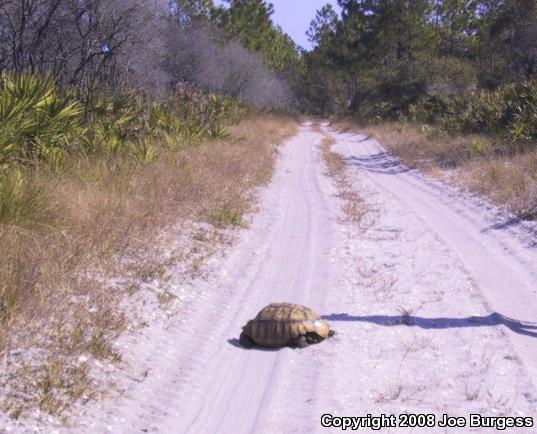 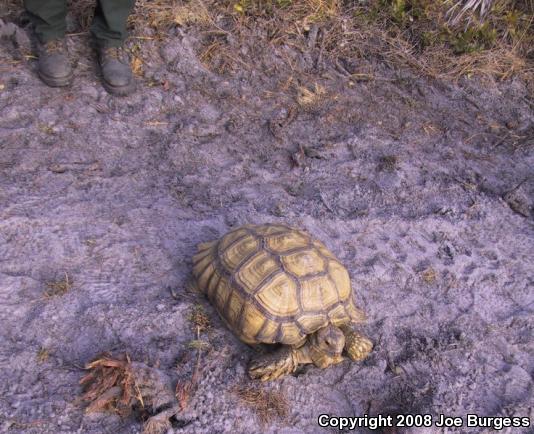